Timelapses of 3D models made with BLENDER 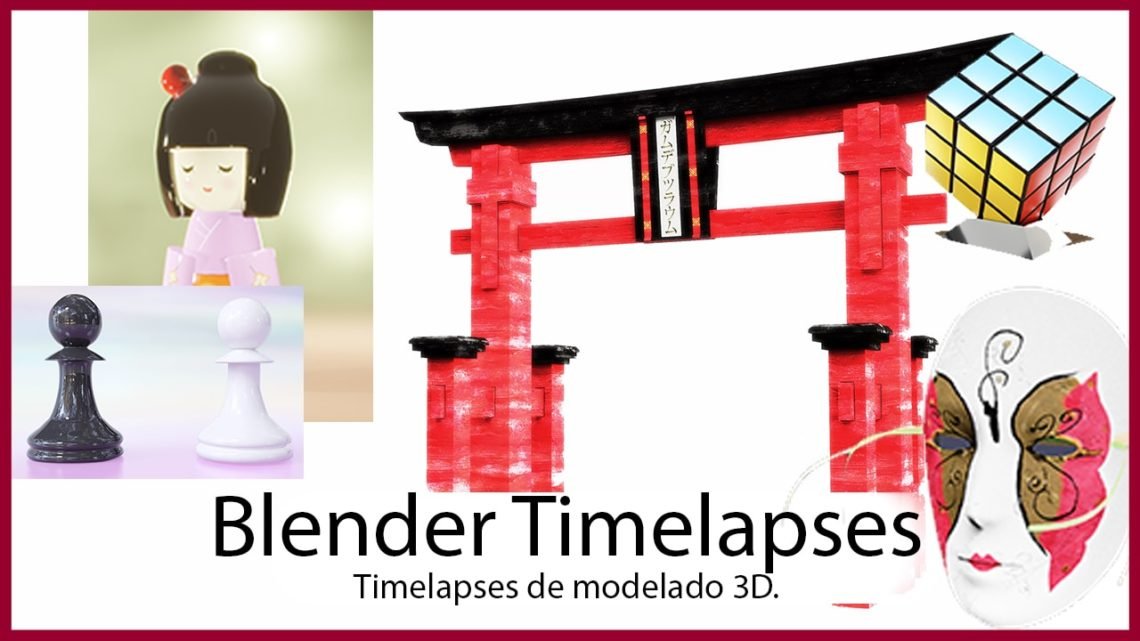 In this article I show some of the Blender timelapses I have made in the last time.

Timelapse is a technique used to show a slow process in an accelerated way. I like to see 3D modeling timelapses because they are entertaining and new ways of doing things are usually discovered.

Share this article with someone or save it for later 🙂

Gain +1 Point of Strength listening to this! 💪😤🎸

Gain +1 Point of Intelligence listening to this! 🤖🧠🧬

This was the first one I made for the channel, a Rubik’s cube that you get by first modeling a cube with rounded edges and then duplicating until you have all the pieces.

Materials are defined from the Shader Editor (in Blender 2.79 was the Node Editor), no textures are used.

To help shape the parts is modeled with a reference image located in the background, this is especially useful for revolving parts.

Another example of 3D modeling with reference image, in this case the reference is used to copy the topology of a 3D face in a precise way, this will make it respond better to proportional deformations and subdivisions.

I think it’s a good way to study how to model faces in 3D.

I really liked making this timelapse, although I had to do it twice because in the first time I adjusted the program badly to capture the screen.

In this case I researched a little to find royalty free music that fits the model and found a channel called PeriTune that had very nice melodies and some could be used in the videos. They also have a website.

This is one of the first 3D models I made using Blender 2.8 and its new Eevee rendering engine.

I found Eevee’s ability to apply effects in real time great, but at first I found it hard to get used to new things, such as selecting with the left click.

I had to do the timelapse twice because the first time I had a problem with the catch.

I’m doing a lockpick analysis of Skyrim for my page. My intention is to recreate it in Unity as faithfully as possible and the first step is to create the 3D model.

In this timelapse not only do the modeling and UV maps in Blender but I use Substance Painter to create the textures, is a great software that I acquired a few months ago.

How to Join and Separate Objects in Blender

Distance between two Objects in Unity

Considera agregar mi página a tu lista blanca de Ad Blocker. Si no te gusta la navegabilidad puedes activarlo nuevamente =D (Consider adding my page to your Ad Blocker whitelist. If you don't like navigability you can activate it again)
This website uses cookies to improve your experience. We'll assume you're ok with this, but you can opt-out if you wish. Cookie settingsACCEPT
Privacy & Cookies Policy