In the following link you can test the compilation corresponding to the video 8 of the project “My first game in Unity”.

This is the first compilation of the project, we start from a first person game prototype in which the scenario is a maze, has a very simple user interface consisting of a layout for the main menu, which contains a button to start the game. And a layout that is displayed during the game, which shows the remaining time. The character appears in one of several doors distributed in the labyrinth. In particular, in video 8 we work on the design of the terrain, using the tools offered by Unity to model and texturize. 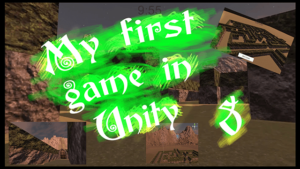 Cursed Video (Will be Deleted Soon)